For prestige & exotic vehicles Larini produce a range of high performance, Stainless Steel, Larini ‘Sports’ Catalysts. The quality and technical performance of the range is unrivalled.

The original lambda/heat probes connections are retained in their correct positions for the proper operation of the OBD (On Board Diagnostics) system.

Once selected each core matrix is vehicle tested in differing climates, and exposed to differing fuel grades, to ensure core covereage in the correct amount of 'weighted' chemical washcoat - guaranteeing no emmissions or check light issues. 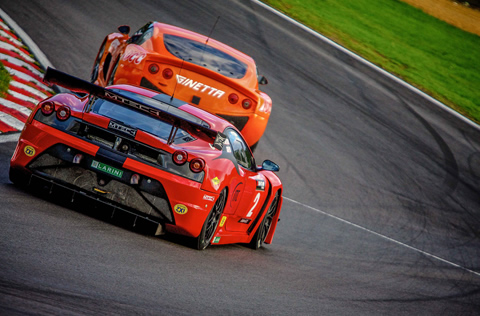 Exhaust flow is completely unobstructed through these 'pipe only' components and as result there is typically a power gain. Temperatures are reduced too, as accelerated gas-flow minimizes engine-bay temperatures by dissipating heat more effectively. This is particularly important for improved performance, as cooler temperatures boost engine efficiency.

For off-road use only.

These innovative products deliver similar power increase as the ‘Race’ Pipes but are 'silenced' using mini-resonators to reduce volume for competitors who want more power, with only a slight increase in volume. Yet, the ‘note’ and ‘tone’ of the engine are significantly improved. An ideal compromise.

Furthermore, torque increase is typically higher than that of a ‘Race’ Pipe as back pressure levels are modulated optimally.

For off-road use only.

Inconel material is used as standard throughout the Larini 'LM' range of exhaust and catalyst applications. Please enquire.

NB: Vehicles registered on or after 1st August 1992, are required to have a fully functioning catalyst fitted in order to comply with U.K. MOT test requirements. Insurance outlines follow the same parameters. (Many other countries have similar guidelines).